If you have heard of a few casino developers, then you are likely to know Evolution Gaming. They are one of the bigger developing teams out there and have an expertise when it comes to live gaming.

You get a sense for the size of this company when you see that they employ around 8000 people around the world, with studios in Europe and North America. Over 300 casino sites have a deal in place with Evolution Gaming to use the titles they have created, giving huge exposure to this company.

While things look good now, the future is also bright and the expectation is that Evolution Gaming will be able to maintain their position as one of the market leaders, they could even improve that.

Founded back in 2006, Evolution Gaming have a strong foothold in the casino industry and over time they have built up some great relationships. There are some casinos out there that take the full list of Evolution titles, and they have been offering services to selected casinos from the very start, deals which are still in place.

There are many online casinos to choose from if you are looking for a new place to play, and considering that Evolution Gaming supply games to over 300, the chances are they will offer games inside the casino you choose.

Evolution Gaming headquarters can be found in Sweden, though this is just part of their service and there is a lot more to it around the world, with hubs in Europe and North America. This allows them to be closer to local providers and build up relationships and deals with these, something that has helped Evolution Gaming get their name out there over the past decade.

Live gaming is the sole focus of the Evolution service and on top of providing live games to online casinos, they also serve some land based casinos with their games. From both the online and offline world, Evolution Gaming works in partnership with some of the industries biggest names.

These include games such as roulette and blackjack, which are two of the most popular games in many parts of the world. However, there are other titles to choose from and these include games which are based around game shows, and one of these is Monopoly, a world renowned board game that millions of people enjoy each year.

One of the biggest new features that Evolution Gaming have put into many of their titles is the ability to play games in the first person. This means you look around the casino gaming room through the eyes of a player, and when you are gaming you do the same.

This gives you the feel of being inside a real-life casino, rather than being sat at home online. This brings an immersive feel to the game, something that you do not feel on standard live titles.

With a focus on live gaming, Evolution have many classics as part of their service, however they have also been experimental in the past and that has led to new games being created that offer something completely different.

Just like the board game you move around the board, there is a big wheel to spin that acts as the dice, and there is a money wheel and 3D bonus round to aim for while you are playing.

We all know roulette, it is a game that some players play every time they play, some players will not play on anything else. The roulette wheel is popular all around the world and Evolution Gaming have a fantastic live version of this game for their players to play.

The simple layout shows the wheel and gaming area together, so you can place your bets and watch what others are doing. This is seen as a fun and popular game, so the dealer often tries to inject some of that into the play, offering enjoyment and relaxing gaming. 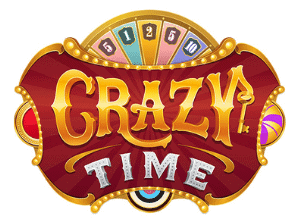 This is a relatively new title from Evolution Gaming, and one that has already caused a huge splash. It is a game that is based around playing a game show, with a big wheel to spin. Anyone who played the old Evolution Gaming title Dream Catcher will see that this game has been built on that, and is a new, expanded version of the game.

Bet on the Crazy Time wheel to win, and look out for the four bonus games that all await, if the wheel lands on these then you are in for a great time. Play along with others in the room and get a real sense of fun as the game develops.

This game is already popular, and is our number one game from Evolution Gaming simply because we see it developing into a huge success over the coming years.

What Can Evolution Players Expect?

Evolution Gaming offers live casino games to players and they have built up some big relationships so their games can be found in over 300 casinos.

The games on offer have improved greatly over the years since they were established in 2006, they have used that experience to offer high quality gaming to their current players.

With a list of classic games that millions of people love to play alongside new ideas and innovative designs to try and bring something new to the live gaming sector, this is a diverse offering.

Whether it’s a classic, or something to try out for the very first time, Evolution Gaming will have something on offer for the readers of Lucky Dice.