Anyone with knowledge of casino games and the developers who create them will more than likely have heard of Microgaming. They are one of the biggest in the business, and have a great reputation in the casino software industry for the games that they create.

The reason for this is simply because they have been leaders, and one of the first to create games. Their titles go back to 1994, when they first created true online casino software. They then changed with the times and moved forward by creating the first mobile casino software back in 2004 as they moved into the mobile gaming history.

Another reason for catching the eye is because they have teamed up with many companies to offer licensed games in the past, including those based on Jurassic Park and the popular TV show Game of Thrones, as well as many more.

As mentioned already, Microgaming were founded and released their first casino game back in 1994, this was the first online casino game created and one that was made to be played on desktop computers. They moved forward with the mobile industry and created the first mobile game back in 2004.

As you can see from this, Microgaming have always been a leader in the industry, they are not afraid to create new things and stand out from the crowd which is always positive to see.

You will find the Microgaming headquarters in the Isle of Man, where they have been since 2017.

Anyone who plays this type of game will know they need to find ones that are popular as the jackpot on these games increases quicker and this is certainly the case with the Microgaming progressive jackpot games.

Don’t let it put you off that Microgaming do not have a hub in India. They have grown into a worldwide brand and have been one for many years so they offers games that will appeal across the entire world, not just in Great Britain where they are based.

They have been in the industry for many years and have a tried and tested method when it comes to creating games. They want to appeal to the mass market, they do not want to create niche games, and this takes into account games for specific countries and regions.

These include the best of their progressive jackpot games because these are incredibly popular with players from all over the world, and are only set to get bigger.

In terms of specifics, you are unlikely to find Indian games when you search through the Microgaming offering, but you will find many games that are made to appeal to you, and others around the world.

Microgaming have created over 1500 titles since they formed. Over 800 of those are their own licensed brand of games, made and offered to many different casinos for them to use as part of their service.

They have another 700 games that have specifically been created for one casino, so that the casino can offer something by them which is unique and exclusive to their service.

But what is the best game they have to offer? Here are our top three games from Microgaming.

One of the biggest films of the past 40 or 50 years, Terminator 2 now has a slot game made about it. We have already mentioned that Microgaming likes to team up with others to gain a license to use names and they have done exactly that here.

New gamers often look for something recognisable that helps them get to grips with slot gaming and there are fewer more recognisable sites than The Terminator.

Again, another game where Microgaming have purchased a license to create something special for their fanbase. Anyone who has been paying any attention to TV over the past decade will have heard of Game of Thrones, a critically acclaimed show and it now has a slot game to go with it.

You will notice houses and characters from the show here, so if you’ve watched in the past then you are going to see many familiar and recognisable items that will only enhance your game.

The number one game from Microgaming for us is Mega Moolah. This is a progressive jackpot game, the one that has completely changed the progressive gaming market. If you are looking for a life changing sum of money to win, this is the kind of game you need. 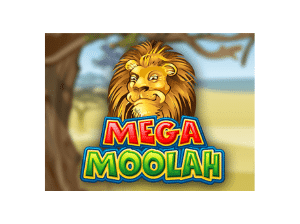 Mega Moolah has hit the headlines on many occasions in the past, making people millionaires with seven figure payouts to those lucky enough to land the biggest jackpot on the game.

After winning, the jackpot resets and everyone starts again. Every time anyone plays this game, regardless of where they are from or which online casino they play inside, an amount is added to the jackpots on offer, of which there are four in total.

This is the biggest progressive jackpot game, one that jackpot hunters go looking for, and it is also the best game that Microgaming has on offer.

Microgaming are very experienced in the casino gaming industry, so they know what they are doing.

When you play their games, you can expect quality. That may be because they have licensed games in their portfolio such as Game of Thrones and Terminator 2 that we have mentioned above. Or it could be because you are playing for a life changing sum of money, such as if you played on Mega Moolah.

Wherever you look, quality will be close by, and if that is what you want then our Luckydice casino researchers recommend you taking a look at more games by Mircogaming.