Which Indian Cricket Legend Would Win in an Online Poker Game? 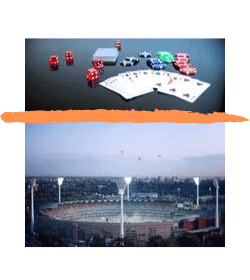 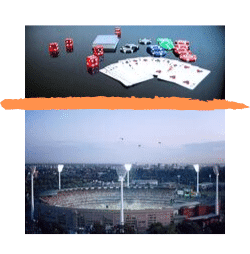 Today, we’re going to do something a bit different. We’re going to be looking at five of India’s best cricketers of all time – and put them in a virtual online poker match. We’ll look at their style of play, whether they’re capable of pulling off monster bluffs… and whether they have what it takes (at the poker table) to win the game!

It should come as no surprise to see Sachin Tendulkar up here – and he’s widely regarded as being one of the greatest batsmen of all time. Dubbed the ‘King of Indian Cricket’, Tendulkar has played at some of the country’s biggest clubs, and he’s also played with some of the nation’s greatest players, including Dhoni, Kohli and Sharma.

One of Tendulkar’s trademarks was his aggressiveness when striking the ball. This aggressiveness is something that would suit him well at the poker table – and we’d likely see him making aggressive plays, both post-flop and pre-flop. Expect Tendulkar to come out with a number of big bluffs – potentially risking his entire stacks when he’s confident he can get his opponent to fold!

Mahendra Singh Doni is one of the greatest captains in history – and we’re not just talking about Indian history here, either. Dhoni has easily cemented himself a legacy as one of the best cricketers of all time – and he holds the impressive feat of being the only captain on the planet to lift all of the ICC trophies – an achievement that’s unlikely to be broken any time soon.

When you ask the average Indian cricket fan about why they’re so passionate about Dhoni, it’s not because of his spectacular captaincy skills, but more because he played for his nation, instead of himself or his team. He’s a mild-mannered, humble and very likeable figure – and this is likely personality traits that we could expect to see mimicked at the online poker table.

For example, plays by Dhoni at the table are likely to be calculated, collected and calm. We’re unlikely to see him rush into making large bluffs, and any bluffs he does make will be extremely well-thought-out and premeditated. He’s also very likely to be able to control his emotions at the table – win or lose – and this is a crucial skill at the table.

No ‘top Indian cricketers’ list would be complete without Sourav Ganguly – and today, he’s also decided to take a seat at our virtual poker game. Coining the nickname ‘DAD’, Ganguly is often described as being the ‘perfect off-side player’, and he’s also had the honour of captaining the Indian cricket team on a number of occasions – pulling in more than a few trophies for the nation.

After the Indian cricket team suffered problems back in 1999, Ganguly came along and completely redefined the squad – and he, single-handedly, fielded one of the strongest cricket sides the world has ever seen. Despite not having played professionally in a while, his legacy is fully intact, and he’s still seen as a ‘legend’ of the cricketing world.

At our virtual online poker game, we’d expect to see Ganguly making calculated yet aggressive moves. He’s very likely to take his time on each hand, ensuring that he doesn’t rush into making rash decisions – and while it may seem as though he’s playing on the ‘tighter’ side of the game, you can rest assured that when he sees a suitable opportunity to get his chips in the middle, they will go in. He’s also likely to try to pull the odd bluff or two – although he may well choose to wait until the later stages of the game, hoping he can capitalize on his opponent’s tiredness.

Kapil Dev is an old-school cricket player that some of our younger readers may not be immediately familiar with. He is, however, seen as somewhat of a legend in the Indian cricket world, and he’s described by many as being one of the ‘best cricketers India has ever seen.’ He’s widely credited with being the first great all-rounder on the field, and he was able to bat aggressively, while also able to chill it out while bowling. His stamina is second to none, and his accuracy – both with the bat and the ball – has impressed cricketers for generations.

At our poker game, we’d expect Dev to take somewhat of a backseat initially. He’s likely to allow the other players to ‘battle it out’ at first – timing his moves perfectly. Provided he doesn’t get short-stacked while the blind levels increase, Dev is a very strong contender to win the match – and we’d say there’s a great chance he makes it to the ‘heads-up’ stage of the game.

Yuvraj Singh is widely regarded as being one of the best players in the world, thanks to his ability to bat incredibly well – and he’s set more than a few records at the tournaments he’s played in.

At our virtual poker game, we’d expect Singh to try and make a significant chip-lead very early on. This will either play highly to his advantage or, it could cause him to exit the game early.

And the winner of Online Poker is…

All five cricketers shown on this page are – truly – world-class. They’ve done their country proud, and have cemented themselves as some of the best cricket players, not just in India, but on the planet.

While each player has their own poker playing styles, if we had to pick a winner, our money would probably be on Mahendra Singh Dhoni. Dhoni is a complete legend in the cricket world, and his cool-headed, calculated and non-rushed approach to cricket will do him well at our poker game. He has the capability to pull off big bluffs when necessary – but he also knows when to reign it in and ‘sit back’. Of course, luck of the draw will also dictate the final winner – but we feel confident in stating that Dhoni would be a strong contender to win the game. 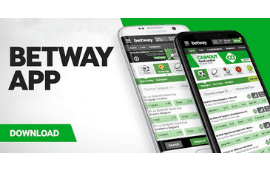 Uncategorized
Is Betway Legal in India?
8 months ago
0 285 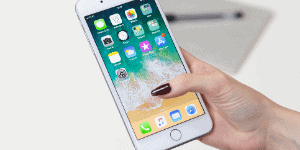