If you are interested in playing Jhandi Munda online, where can you expect to find it? In this guide, we will look at this popular dice game and help identify casino sites where you can play the game. We will also provide new players with an easy to grasp walkthrough, so they can begin playing this Indian favourite at online casinos today. With that said, let us begin… Jhandi Munda is one of several traditional Indian casino games you can expect to play. In recent years – predominantly with the growth of the Indian online gambling industry – Jhandi Munda has become more commonplace at internet betting sites across the net.

The History Behind Jhandi Munda

Jhandi Munda is a traditional Indian game, so like most gambling games. Its exact origins are shrouded in mystery. However, we do know that the game originates from Arunachal Pradesh. Oddly enough, this is one of the few places in India where Jhandi Munda can be considered a legal form of gambling.

The specifics of the game are not immediately apparent. Also, known as Langur Burja in Nepal or in English by Royal Navy sailors as the Crown and Anchor, the game tends to be popular during the festival of Dashain, Dashami and Tihar. In fact, the name of the game translates from Hindi as Face (Jhandi) Crown (Munda).

As not much else is known about the true origins of Jhandi Munda, let us begin looking at how the game is played.

How to Play Jhandi Munda

Jhandi Munda is a dice gambling game. Naturally, this means that the principal instrument of the game is a set of dice, or more specifically a set of six dice. Each of these dice has six sides. However, unlike most dice, these dice are not numbered. Instead, the dice feature icons that include clubs, diamonds, spades, hearts, flags, and faces. In some games, crowns and anchors may appear instead. These symbols may be coloured in red or black and differ from game to game. There are, however, always six different symbols in play during a game.

This initially makes Jhandi Munda sound like a complicated game, but it is not so. Like most games of chance, Jhandi Munda can be a relatively straightforward game to grasp. Bets are placed on which of the six symbols will appear the most on the dice when they are thrown. The more your chosen symbol appears face-up on the dice, the more you will win.

Each of the dice has its own specific name in Hindi. Here is what you need to know:

Flags are known as Jhandi, while spades, hearts, clubs, and diamonds are known as Hukum, Paan, Chiri (Chiriya), and Eent, respectively. Others can include anchors (Langur) and crowns (Munda, Burja or Mukut). Symbols, which appear frequently, are known as hot symbols, and those that seldom appear are cold symbols.

To begin with, you will need to place a bet. That bet comprises of a guess on the outcome of each roll of the dice. You will bet on a symbol that you think will land face-up.

How a Game of Jhandi Munda would Play Out

A basic game runs as follows:

As you can see, having a crack at Jhandi Munda is relatively straightforward. However, make no mistake about it; this game is solely a game of chance. It involves a high degree of guesswork and requires virtually no skill to play, especially online. It is, in many ways, like Sic Bo, albeit with far fewer betting options open to you.

Now that you know a bit about how this game is played, it is time to look at what you can win, the available prizes and the payouts.

In some games, players will pocket a prize if they can correctly predict just a single symbol. However, some online casino versions of the game will not pay out if you guess only one symbol. Instead, you need to have your chosen symbol appear more than once.

A typical paytable for Jhandi Munda works as follows:

Let us imagine that a game was taking place right now. This is how the game would be played:

Mathematicians and statisticians have put together a model for Jhandi Munda. According to them, the popular Indian game has an RTP (return to player) rate of 97.14%, and a house edge of 2.86%. There is a decent potential to land wins, and naturally, this helps with the game’s appeal. If you decide to play Jhandi Munda online, you can expect similar RTP rates and volatility in the games you find.

Jhandi Munda can be found online as an RNG (random number generator) game in most cases. However, it has been known to spring up as a live dealer casino title from time to time. Because of the game’s simplicity, there are not too many variants for you to play out there. One variant which does exist, though, will not see players win if they land just a single symbol. The payouts for landing more than one symbol are raised accordingly to make up for this.

Some Jhandi Munda games may also permit side-bets. These side bets revolve around successfully predicting the exact number of symbols which will appear. For instance, you might predict that three diamonds would appear on the dice. The payouts for successfully predicting side bets are far more extensive than those from ordinary bets, on account of them being more challenging and difficult to predict accurately.

Unfortunately, Jhandi Munda is such a simple game that there are not many strategies that you can deploy to get a winning edge. However, you are free to use betting strategies that will help you carefully monitor your budget. Strategies, which work well on blackjack and other even money games, may help you stay in the game longer. We will recommend playing Jhandi Munda for free using the Martingale System if you wish to practice doing this.

While many players use hot and cold numbers to predict the next set of symbols to appear, this is not deemed an effective strategy. Jhandi Munda is a game of chance, pure and simple.

Who Should Play Online Jhandi Munda?

Some players are going to find Jhandi Munda naturally appealing. Of course, Indian players and those non-Indians based in the sub-continent are going to be instantly drawn to the game, as they are most likely already aware of it. However, there are other types of players and other reasons why Jhandi Munda might appeal to you.

Players who like dice games like Sic Bo may very well find this game appealing. It is simple and easy to learn. This makes the dice game perfect for players who want to have a real money bet online but have not got the time to sit down and learn a plethora of rules. The game will also appeal to any player who likes dice games in general.

Where to Play Jhandi Munda Online

Jhandi Munda is not as commonly available at online casinos as Teen Patti, Andar Bahar and other Indian favourites. This is not because the game is not popular itself, but because dice games tend to be less popular than card games, roulette, and online slots. Even so, there are places where you can expect to find this game online.

Any mobile casino, which caters to Indian players, is likely to be a great place to start looking for Jhandi Munda. These casinos often carry a variety of games tailored towards players in the sub-continent. Moreover, any online casino that is notable and renowned for its range of casino games could also be worth a punt. Lastly, Jhandi Munda has been known to appear as a live dealer casino game, so these casinos may also be worth a visit if you want to play this game online. 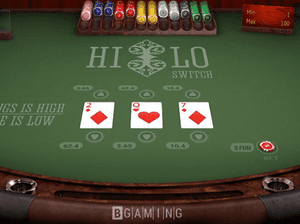